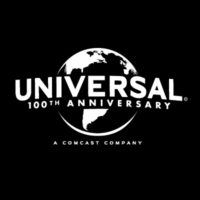 The company is a subsidiary of NBCUniversal, Inc., which is a subsidiary of Comcast Corporation. The movie studio is a parent company to several of its own subsidiaries. Founded as Universal Film Manufacturing Company in 1912, the film company is now one the six largest movie picture companies in the world.

One of the company’s founders, Carl Laemmle, allowed members of the public to tour the studio during filming for a fee of $.05. The business stopped the tours in 1930, as sound was introduced to film, making the tours impractical. Tours were reintroduced in 1964, and the first theme park attraction was built in 1965. The Florida theme park was first opened in 1986.

Today the company makes and distributes films to a global market. In addition to new releases, it distributes classic titles from its vaults and movies made directly for the home video market. From the Universal Monsters series of the 1920s to the current Despicable Me series, the studio has produced numerous iconic films over the years.

The company has more than 800 current job opportunities posted on its website. The site divides career categories into intern, entry-level, and experienced tiers. Some examples of experienced level offerings are Olympic Director of Ad Sales, Sr. Financial Analyst – Technical Services of Parks and Resorts, and Art Director of Theme Parks.

Many intern positions are available, such as Marketing Intern – GolfNow, which is a Marketing position for the Golf Channel. Entry-Level positions at the theme parks include Cook, Costume Dresser, Valet Runner, Maze Monitor, and Seasonal/Fall Halloween Jobs. Job descriptions differ at the two theme parks. A full job description is available for every job title at the website.

How old do you have to be to work at Universal Studios?

You must be at least 16 to work for the company at all, but many positions are only open to people 18 and older. Be sure to read the job description carefully for age requirements and job responsibilities before filling out applications at the website.

The company offers the usual employment benefits of health insurance, 401(k), paid days off, tuition reimbursement, child care, and also discounts to its parks, movie screenings, and more. In addition, employees can take advantage of special programs NexTech, which is a two year program to train media technologists, Writers on the Verge, for screenwriters, and Future Leaders Programme, to help employees develop their creative skills to progress in the industry.

Seasonal Fall/Halloween Jobs – The company will allow you to choose from available positions at your interview. Possible positions include Food Stand Attendant, Admission Host, Carnival Games, Guest Control, and more. You must be at least 18, because you must be able to work until 4:00 AM. You must be available for the full season, as well. Pay for these positions is usually minimum wage.

Wardrobe Attendant – As a Wardrobe Attendant, you would distribute costumes to employees as needed, have items cleaned or repaired, keep items in their proper locations, transport racks of garments, audit stock, and keep the work area clean. Some computer entry required. Experience is not required for this position, which starts around minimum wage.

Maze Monitor – A Maze Monitor’s responsibilities are to watch security monitors for any unsafe or suspicious behaviors from visitors going through the Halloween Maze, and alert supervisors immediately if there is a problem. You must be at least 18, because you will have to work until 4:00 AM on some nights. This job is seasonal and pays minimum wage.

These are some questions you might be asked at your interview for Universal Studios jobs:

Will you be available for all of the times and dates that we need you? Most of the jobs at the theme parks do not require much skill or prior experience, but they do specify that applicants must be available all of the days and times the position requires, especially for seasonal employment.

If a visitor owes the park $72.00 for admissions tickets and pays with $100.00, how much change would you give them? If you are applying for any Universal Studios jobs that involve taking payments from visitors, you will be required to take a written math test as part of the interview process.

How old are you? This question applies to anyone who might not meet a positions minimum age requirements. Be sure you know the age restrictions and hiring requirements of the position you want before you fill out a Universal Studios application, and bring your identification with you to your interview.

Are you interested in careers in the movies or television industry? The show business company provides numerous opportunities for people just starting out who would like to develop their skills in the industry. If you are interested in more than a seasonal job, talk to your interviewer about future possibilities.

This company provides advice to job hunters on its website. The first suggestion is to be on time, so don’t be late to your local interview. You can apply online for jobs with the company, but there is no printable application for Universal Studios. You will have to fill out a direct application.

The second interview suggestion from the studio is to dress your best. Wear formal business clothing to your meeting with your interviewer. You can apply for jobs at Universal Studios by going to one of the free application links below, reading about available jobs, and filling out an application form.

The third suggestion from the company is to include your resume with your online application, to give your potential employer a better idea of who you are. If you would like to know how to apply for Universal Studios online, visit their website below. You will not be able to download application form, or get a printable application form. Just follow the instructions with any job listing to apply.